President-elect Donald Trump refused to give CNN reporter Jim Acosta a question at his first press conference as President-elect on January 11, calling the network "fake news" for building up a BuzzFeed story – an unfair and false story according to President-elect.[video] Do you like President-elect Trump's decision?

I am still wary of our soon-to-be president, but I like how he has no respect for shills like CNN and Buzzfeed. Since when was Buzzfeed a serious news organization? It was only a year ago they mostly had listicle click bait articles and videos of people reacting to strange food.﻿

President Obama bad-mouthed Fox for 8 years and the rest of the press' attitude was "so what." President-elect Trump called out CNN for publicizing fake news, and you'd think it was the end of the 1st amendment. Hypocrisy is alive and well in our mainstream media.

The President Elect had all the right in the world to say and act the way he did. When ever a journalist takes it upon them self to run with a un collaborated story. And all your trying to do. Is defame the President Elect. You get back what he gives.

Trump needs to stop acting like the spoiled rich kid he is and start acting like the president of the United States. His whole petulant attitude and sulky-pouty nonsense are best left for his laughable "acting career" as the spoiled brat demeanor is detrimental to his ability to POLITIC - a very important aspect to being a government official, much less president.

Little Sideshow Donnie needs to step up to the plate and quit being the smirking carny and start thinking like a person who's now got the interests of 350 million people as his main focus, rather than how he can benefit from being "in charge". He has only one role that anyone recognizes, and that's the lord on high who says "you're fired" as if he is responsible for the last say. Unfortunately, that act won't play as president and he can either quickly go to "acting school" and learn what it means to be president in charge of people who are NOT his servants or his slaves, or he can have the entire country turn on him and hoist his ass out the door. 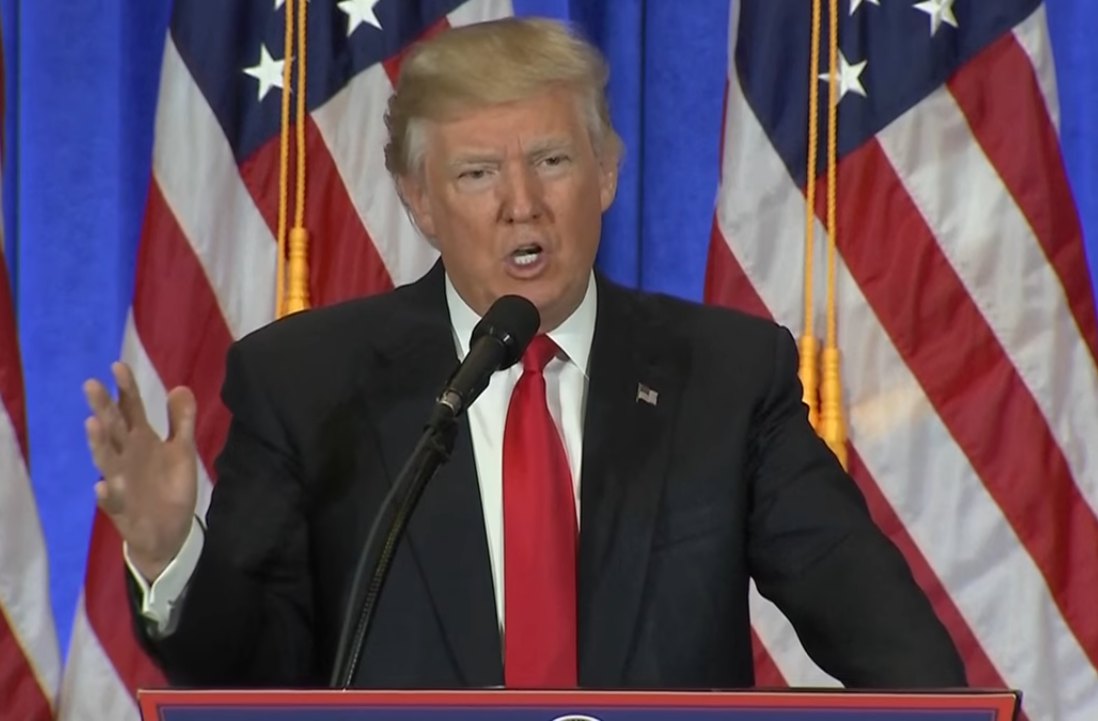 Donald Trump
+1
-0
Interesting
Share discussion:
more »
Edit
Flag
Info
Started by Jerry.
At: donald trump vs cnn, debate, forum.
Talks: 4.
---
See also:
2
"Liberals love the first amendment until you say something they don't agree with" - what do you think about that quote?

Do you think the media and the general public are being too harsh and unfair to the Duggar family?
27
Do you believe there is a bias in the U.S. media?
3
If it is proven in a court of law, should Planned Parenthood be defunded by the federal government for illegally selling aborted fetuses' organs and tissue?
3
Is boycotting Donald Trump's inauguration a disrespect to the sanctity of peaceful transition of power?
17
Should it be legally allowed to use race as a factor in college admissions?

Why are women marching against President Trump?
2
H.R.3134 - Defund Planned Parenthood Act of 2015
1
Should the U.S. suspend immigration for Iranians?

Was Jorge Ramos removed from the Donald Trump's press conference rightfully?
44
Would you consider voting for a Muslim to be the president of your country?
Donald Trump or Jorge Ramos - who do you stand by on the illegal immigration issue?
1
What do you think about Donald Trump saying he would bomb the shi*t out of ISIS?

Should the dixie flag be taken down from the South Carolina capitol?
1
Do you like that Donald Trump is not talking bad about Vladimir Putin?
2
Who should be the Republican candidate for President in 2016?
1
Why Donald Trump outperformed Mitt Romney in the Latino vote?