No opinion as of now. The industry standard is to give new hires a 90 day probationary period before a decision is made. Although Donald Trump was technically hired on election day, today, (1-20-17) is his first day on the job. So, after 90 days I'll be able to honestly answer this poll. However, I was impressed by his speech.

I disapprove of Trump not because I think that he is a vile, mean person; we've had plenty of "mean" people in the White House who have been extremely effective presidents (Johnson is the best example; "the Johnson method" might as well be called "bullying"), and plenty of nice ones (Carter, Ford) who haven't been.

And I don't disapprove because his policy stances seem based entirely on impulse; by any measure his economic plans are predicted to be a disaster for both the US and the world economy, his protectionist stance towards our allies threatens our relatively secure status as dominant world power, and, of course, his policy positions seem to change from day to day.

However, I do disapprove of the fact that he is, plain and simply, a liar. It always seemed ironic that that title was usually attributed to Clinton, while Trump was considered as "telling it like it is," while even a cursory glance at Politifact (or really any fact checking website), will tell you that the opposite is true. And this isn't the type of white lying that politicians often require. This is the creation of an artificial reality entirely unassociated with our own, one where the US is running rampant with crime (it isn't), where our economy is in shambles (it isn't), and where immigrants and PC culture have stolen America from the Americans (it hasn't).

But there are people, particularly in rural ex-manufacturing areas, who are buying this reality because it gives them sorely needed hope. These people have legitimate complaints; the US economy is doing well...but not in their sectors or their towns, where jobs they've worked for generations are traveling overseas. They have a robust and valuable culture...that they correctly feel is becoming diluted by the (on-balance beneficial) influx of new cultures and ideas into the US. Donald Trump said "I alone can fix it," and they believed him because they needed something to believe in.

But Trump is a false prophet. His policies will hit the communities that believed in him the hardest, but Trump's deft denial of the truth may leave them in the dark as to who, exactly, pulled the rug out from under them.

I want to be wrong. I want Trump to uplift us all, but looking at how his proposals are slated to affect the US economy and foreign relations, looking at the baffling lack of experience in his cabinet, I don't think he has the knowledge, nor possibly the will, to do it. He has exploited the desperate to gain power, and that exploitation is what I disaprove of the most.

Donald Trump is a quasi-fascist narcissist.

Evangelicals should despise his extravagance, his worship of Mammon, and his lack of any spirituality.

Everyone else should be terrified by a person willing to spout misogyny, duck out of debates like a coward, personally attack those he disagrees with, plaster his name onto everything, flatly lie about empirical reality, make up policies, and his utter lack of any political credentials worth nothing.

So without seeing any policy, you think he's a Nazi and a White supremacist? And who are you to judge a person's spirituality, or claim that he worships money, material wealth? Is he wealthy, maybe but so what, it's one of the things I'm working for. Does that mean I worship money or material wealth, no. It's well known I'm an atheist, does that mean I have no spirituality, well give a strict definition of the word, yes, so should I be despised?

No one can stop any group from say who they endorse, or that they should vote for, the Communist Party for example urged their members to vote against Trump. Or in short terms vote for Hillary. Should that be held against her?

Give that the press, you know the people who CLAIM to be unbiased and fair, at times gave Hillary the questions to the debates in advance, gave her every advantage they could wouldn't you be at least a little wary of the debates. Much of the press became almost an arm of elect Hillary campaign. Even when Hillary was avoid the press they gave her a pass, many in the press saw it as their job, not to report the news but to defeat Donald Trump, at any cost.

How is President Trump a narcissist? In his inaugural speech, Donald Trump referred to "We" and "us" while barely mentioning himself.

Now compare that with former President obama's speeches where he referred to "Me" and "I" and only talked about others when obama was assigning blame. THAT is narcissism.

Trump's narcissism isn't something that can be debated. He was famous for it as a celebrity, considering his tendency to slap his name on absalutely everything and try to attribute it to "success." There was even a story that came out recently that says that briefs written for the President have to contnually mention the name "Trump," otherwise he gets bored and loses focus.

We could make a list like that for hours, but honestly, we can just look at one of Obama's most famous quotes vs. one of Trump's.

He lost the popular vote by 3 million and his approval rating is 37 % - how did the Billionaires in this country rig the election !

I voted for Trump and would again. If everyone would stop fighting against Trump he could get a lot more done. I don't blame him, I blame the ones making it harder for him to do his job. 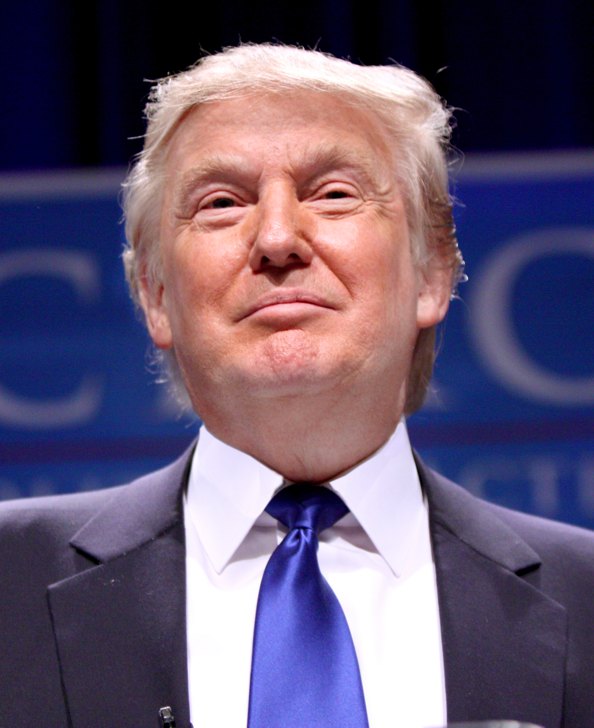 Barack Obama or Donald Trump - who is the better leader?
1
Do you like that Donald Trump is not talking bad about Vladimir Putin?

Donald Trump
7
Is it fair to compare Donald Trump to Adolf Hitler?
1
Jeb Bush vs. Donald Trump - who would you vote for?
Is being politically incorrect an advantage of Donald Trump in terms of winning American electorate?

Was Jorge Ramos removed from the Donald Trump's press conference rightfully?
3
Is boycotting Donald Trump's inauguration a disrespect to the sanctity of peaceful transition of power?

Do you like the idea of building a greater wall at the U.S.–Mexico border to fight the illegal immigration?
8
Is Donald Trump racist?