Rurouni Kenshin: Meiji Swordsman Romantic Story (Japanese: るろうに剣心 -明治剣客浪漫譚- Rurōni Kenshin Meiji Kenkaku Romantan), also known as Rurouni Kenshin and Samurai X, is a Japanese manga series written and illustrated by Nobuhiro Watsuki. The story begins during the 11th year of the Meiji period in Japan and follows a former assassin from the Bakumatsu, named Himura Kenshin. After his work against the bakufu, Hitokiri Battosai disappears to become Himura Kenshin: a wandering samurai who protects the people of Japan with a vow of never to take another life. Watsuki wrote this series upon his desire of making a shōnen manga different from the other ones that were published at the time, with Kenshin being a former assassin and the story taking a more serious tone as it continued. The manga revolves around themes of atonement, peace, and romance.

The manga initially appeared in Shueisha's Weekly Shōnen Jump from April 25, 1994, to November 4, 1999. The complete work consists of 28 tankōbon volumes, while years later it was reprinted into twenty-two kanzenban volumes. More: en.wikipedia.org. 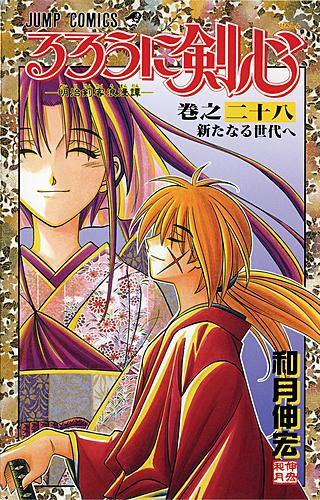 Elfen Lied
10
Who was the smartest Death Note character?
7
Should there be a sequel to Death Note?