Bleach (Japanese: ブリーチ Burīchi) is a Japanese manga series written and illustrated by Tite Kubo. Bleach follows the adventures of the hotheaded teenager Ichigo Kurosaki after he obtains the powers of a Soul Reaper (死神 Shinigami, literally, "Death God")—a death personification similar to the Grim Reaper—from another Soul Reaper, Rukia Kuchiki. His new-found powers force him to take on the duties of defending humans from evil spirits and guiding departed souls to the afterlife, and set him on journeys to various ghostly realms of existence.

Bleach has been serialized in the Japanese manga anthology Weekly Shōnen Jump since August 2001, and has been collected into 70 tankōbon volumes.

Bleach is among the best-selling manga in both Japan and the United States. Bleach has sold more than 84 million copies in Japan since its publication. More: en.wikipedia.org. 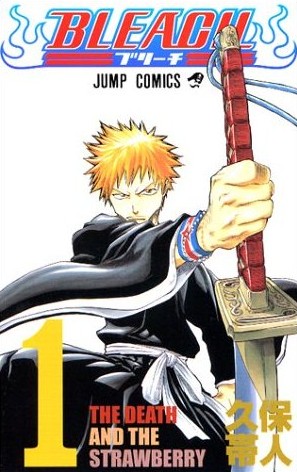 Naruto
10
Who was the smartest Death Note character?
7
Should there be a sequel to Death Note?