Naruto (ナルト) is a Japanese manga series written and illustrated by Masashi Kishimoto. It tells the story of Naruto Uzumaki, an adolescent ninja who constantly searches for recognition and dreams to become the Hokage, the ninja in his village who is acknowledged as the leader and the strongest of all. The series is based on a one-shot manga by Kishimoto that was published in the August 1997 issue of Akamaru Jump.

Naruto was serialized in Weekly Shōnen Jump magazine from the 43rd issue of 1999 to the 50th issue of 2014, with the chapters collected into seventy-two tankōbon volumes by Shueisha.

As of October 2015, the manga has sold over 220 million copies worldwide, making it the third best-selling manga series in history. The manga is also available in 35 countries outside Japan. It has also become one of North American publisher Viz Media's best-selling manga series. Their English adaptation of the series has appeared in the USA Today Booklist several times and volume 7 won the Quill Award in 2006. More: en.wikipedia.org. 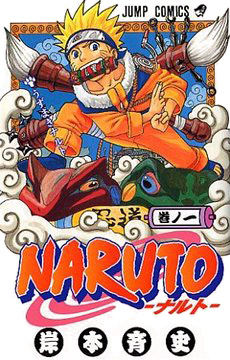 Attack on Titan
7
Should there be a sequel to Death Note?
10
Who was the smartest Death Note character?