iOS 5 is the fifth version of the iOS mobile operating system designed by Apple Inc. It had the fewest updates out of all the major iOS versions. It was preceded by iOS 4 (final version was 4.3.5) and succeeded by iOS 6, which was released on September 19, 2012.

iOS 5 was previewed on June 6, 2011 during WWDC 2011. At the same event, Apple previewed Mac OS X Lion and announced its cloud-based media service, iCloud. For the second time, support for some devices was dropped, specifically the iPhone 3G and the iPod Touch (2nd generation). Supported devices on this release include the iPhone 3GS onwards, the iPod Touch (3rd generation) onwards, and the original iPad onwards. More: en.wikipedia.org. 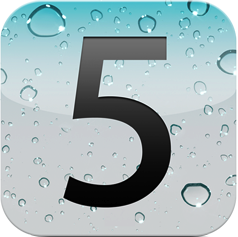