iOS 7 is the seventh major release of the iOS mobile operating system designed by Apple Inc. and successor of iOS 6. It was announced at the company's Worldwide Developers Conference (WWDC) on June 10, 2013, and was released on September 18, 2013. iOS 7 features a completely redesigned user interface, a design credited to a team led by Apple's SVP of design Jony Ive.

At Apple's Worldwide Developers Conference in 2014, CEO Tim Cook announced that iOS 7 was installed on 89% of all compatible iOS devices. iOS 7 was succeeded by iOS 8, which was released on September 17, 2014. Support for the iPhone 4 was dropped in 2014 when it was announced that it would not receive iOS 8. More: en.wikipedia.org. 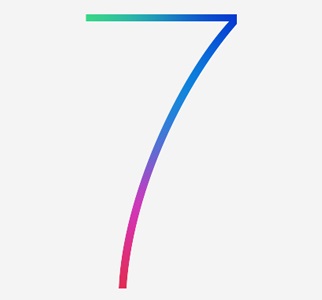