Can anything be absolutely random?

To make this description, I will now type some random characters: 2jslagmz83ial2jk. Is this sequence I just typed absolutely random? Or maybe some medium with infinite power who knows me, my life, and absolutely everything about the Universe could predict this?

I was quite interested in this topic a few years ago. Though i can't remember why, it all started with me looking for the equation which would yield randomness as its result. Lets just say i came out dissatisfied with the result.

But regarding the topic at hand, randomness is, according to Wikipedia, a "lack of pattern or predictability in events". By scrutinizing this sentence, it becomes apparent that randomness has to do with the subject rather than the object. As in, the being or object perceiving the randomness can't understand the "why" nor the "how" of the event, but the event itself has clearly undergone a process to be what it is at the moment of its interaction with the observer. As such, any person might perceive any number of odd things during a lifetime, some of which the person's brain will catalog as "random". Thus, from this point of view, you could say that there are, indeed, several random things in the Universe.

But doesn't it feels wrong? The fact that randomness has to do with a person's lack of creativity rather than its entropy? [entropy: lack of order or predictability; gradual decline into disorder.] A quick look at math brings to mind RNG's, or Random Number Generators, which, once again, Wikipedia has a nice article about. After reading it, we can conclude that even if randomness might be attained in a closed universe, an external observer can trace the "randomness" back to its root, thus understanding it (and denying it as a true random value) which would give us the answer that no, nothing can be absolutely random.

Anybody willing to choose one argument over the other?

I choose the second argument because it's a rebuttal to the first, and therefore has much more sound reasoning by default. :3

The question "Can anything be absolutely random?" deals with randomness vs causality: does everything have a cause?

This is entirely different than questions like "Does some unknown power or entity control the universe?" or "Is everything controlled by a grand design?" That is a broad philosophical question which, in my opinion, cannot be conclusively verified either way.

Causality can be looked upon as an entirely natural development that includes no design and no intelligent entity. In the case of typing random letters, your body, nervous system, and brain have come together just the way it is at any one point in time as a result of all the internal and external phenomenon that act upon it. So when you "decide" to type random numbers, the resulting thoughts and actions are entirely dependent upon all that precedes them on all levels, from the subatomic to the molecular to the observable - from the micro to the macro. Even the chemical and electrical activity in your central and peripheral nervous systems are a result of these previous causes. The reason events appear to be random is that we cannot possibly comprehend the innumerable and complex web of events which caused the scenario to unfold in exactly this way. Scientifically, there is a debate about whether quantum unpredictability (randomness) allows for true randomness, or just the inability to predict outcomes (I think the latter).

If everything has a natural cause does this mean there is no free will?

Well, practically, I do not have the ability to predict outcomes. I am faced every day with situations in which my perception of the world around me presents opportunities to make choices. It is also my perception that these choices have consequences. So, even if my choice is the only result that could occur because of all the previous events, I did not know what the result would be until I chose. It appears to me I have free will, and without any alternative ways to function why not make the best of it?

reply
subscribe
share/challenge
flag
0
User voted No, nothing can be absolutely random.
opinion Patrick
0 votes
May 24, 2015

No. Of course it's a matter of definition. Someone can toss a coin and say the result is random, and he'd be right. But the topic is about "absolute randomness".

Let's consider this: We "copy" the Universe. Every single atom. We have now 2 identical universes. Now, no matter how much "time" we'd wait, I think the 2 universes would always be the same. Every person would do exactly same things, and every atom would behave in exact same manner.

So yes, some "medium with infinite power" would be able to predict this topic will be posted with that exact description.

This is not a matter of opinion, this is an empirical fact. QM is non-deterministic, thus there are inherently random things in the universe. 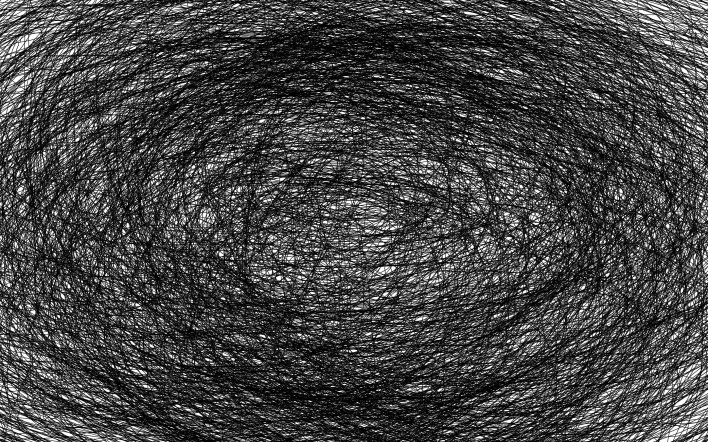 Add your opinion
Status:
Active
Views:
4,294
subscribe
For new opinion notification
Voting
(115 votes)
+1
-0
Interesting
Share discussion:
more »
Edit
Flag
Info
Started by Phil Hamilton.
At: god, is anything random, does free will exist, do you believe in free will, debate, forum.
Talks: 5.
---
See also:
10
Do you choose "No"?
6
Is life fair?

Immanuel Kant
2
When someone stops eating meat, do they become a better person in your eyes?

Did the Cincinnati Zoo officials have the moral right to kill Harambe the gorilla?
1
What is your political ideology?

Simone De Beauvoir
7
Do you have faith in humanity?

Is it objectively wrong to require women to cover their faces?
31
Would a world without religion be a better or worse place?
19
Does illegal downloading of music or films make you feel bad about yourself?
9
If you had to decide whether to bring the Universe into existence or not, what would you do?
5
Was the world and life designed perfectly?
Is life more a struggle or joy?

You're from advanced extraterrestial civilization and you come to Earth to observe humans for a month - what do you think of them?
Why is there something instead of nothing?
7
What would be the optimal human life span?
4
Is life better when you are younger or older?
2
Is it better to die now and be honored or live and be forgotten?