South Dakota, rating as a state to visit

South Dakota is bordered by the states of North Dakota, Minnesota, Iowa, Nebraska, Wyoming, and Montana. The state is bisected by the Missouri River, dividing South Dakota into two geographically and socially distinct halves, known to residents as "East River" and "West River". Eastern South Dakota is home to most of the state's population, and fertile soil in this area is used to grow a variety of crops. West of the Missouri, ranching is the predominant agricultural activity, and the economy is more dependent on tourism and defense spending. The Black Hills, a group of low pine-covered mountains sacred to the Sioux, are located in the southwest part of the state. Mount Rushmore, a major tourist destination, is located there. South Dakota experiences a temperate continental climate, with four distinct seasons and precipitation ranging from moderate in the east to semi-arid in the west. The ecology of the state features species typical of a North American grassland biome. More: en.wikipedia.org. 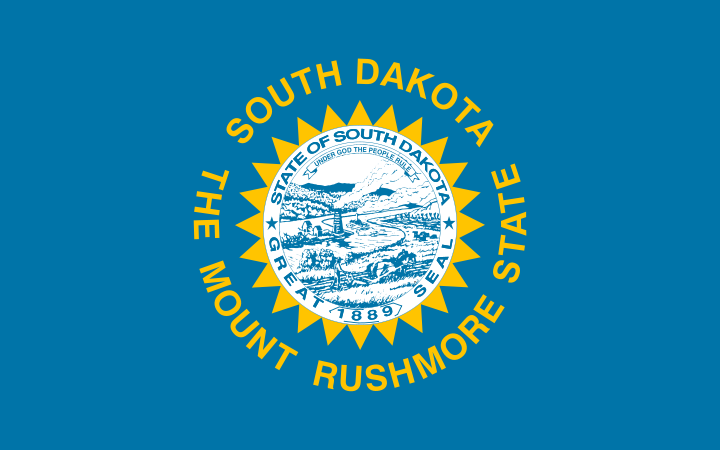