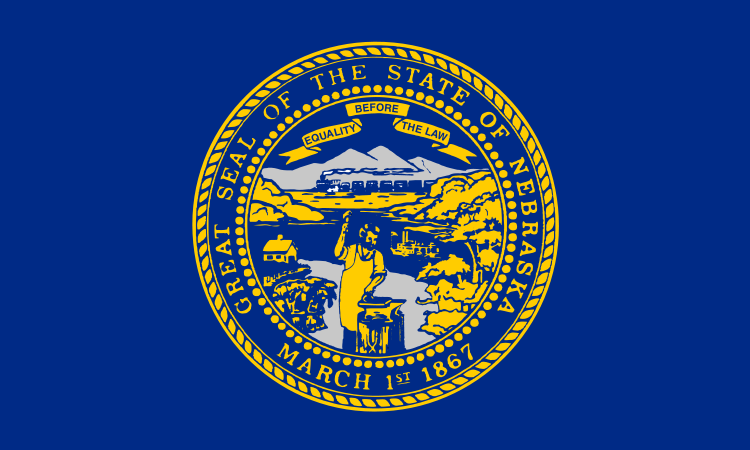 Nebraska is a state that lies in both the Great Plains and the Midwestern United States. Its state capital is Lincoln. Its largest city is Omaha, which is on the Missouri River. The state is crossed by many historic trails, and was explored by the Lewis and Clark Expedition. The California Gold Rush brought the first large numbers of non-indigenous settlers to the area. Nebraska was admitted as the 37th state of the United States in 1867. The climate has wide variations between winter and summer temperatures, and violent thunderstorms and tornadoes are common. The state is characterized by treeless prairie, which is ideal for cattle-grazing. It is a major producer of beef, as well as pork, corn, and soybeans.