The problem with teletransportation, where you disassemble matter, convert it to energy, transport it some distance and reconvert and reassemble it, is getting every atom back where it's supposed to be. I'm not a scientist, but if I'm not mistaken, the Heisenberg Uncertainty Principle suggests that it is difficult to observe the position of a particle and which way it's moving or at what speed it's moving (or something like that) at the same time. And there's something called the observer effect that makes it difficult to observe something, like the precise position of an atom, without changing its position. So if you want to put something back together after you've taken it apart at the atomic level, it's difficult if not impossible to get each of those atoms precisely in the right place in relation to the other atoms.

But let's say you could overcome that challenge. You might successfully transport an inanimate object that way, but what about living beings? If you take me apart at the atomic level, you might have killed me in doing so, and even if you put me back together again exactly right, I might simply be a corpse. Or I might be just fine. Who knows? Can a person's "life force" or "soul" or whatever you want to call that intangible something that makes our bodies alive instead of dead be captured in a matter-energy converter? I'll tell you this much: If someone does invent such a device, I will NOT be the first volunteer to use it. 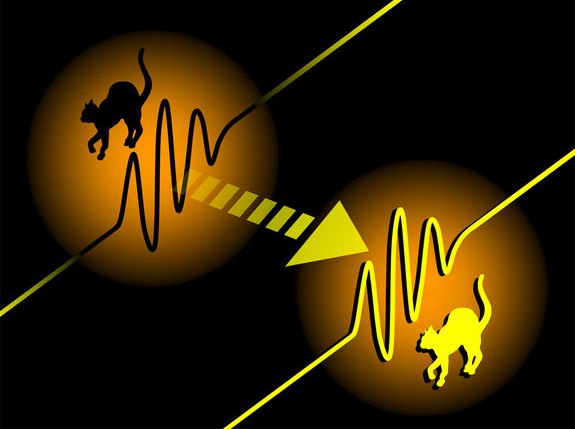 Opinion's page
Click the @ to see full topic's discussion.
Status:
Active
Replies:
Be first to reply!
subscribe
For new reply notification
Voting
(85 votes)
Share opinion's discussion:
more »
See also:
Will we ever discover a cure for cancer?
1
Should AI just be yes (1) and no (0) or should there ever be a maybe?

Lockheed Martin
8
Do we need political parties in today's world?
Apple or Samsung?

Sega
19
Should it be allowed to wear Google Glass in public places where people may feel uncomfortable being filmed?

Konami
4
Is technology affecting the way we think?