Thomas Jefferson as a politician - discussion

Thomas Jefferson (April 13, 1743 – July 4, 1826) was an American Founding Father who was principal author of the Declaration of Independence (1776). He was elected the second Vice President of the United States (1797–1801), serving under John Adams and in 1800 was elected third President (1801–09). Jefferson was a proponent of democracy, republicanism, and individual rights, which motivated American colonists to break from Great Britain and form a new nation. He produced formative documents and decisions at both the state and national level.

Primarily of English ancestry, Jefferson was born and educated in Virginia. He graduated from the College of William & Mary and practiced law. During the American Revolution, he represented Virginia in the Continental Congress that adopted the Declaration, drafted the law for religious freedom as a Virginia legislator, and served as a wartime governor (1779–1781). He became the United States Minister to France in May 1785, and subsequently the nation's first Secretary of State in 1790–1793 under President George Washington. Jefferson and James Madison organized the Democratic-Republican Party to oppose the Federalist Party during the formation of the First Party System. With Madison, he anonymously wrote the Kentucky and Virginia Resolutions in 1798–1799, which sought to embolden states' rights in opposition to the national government by nullifying the Alien and Sedition Acts. More: en.wikipedia.org. 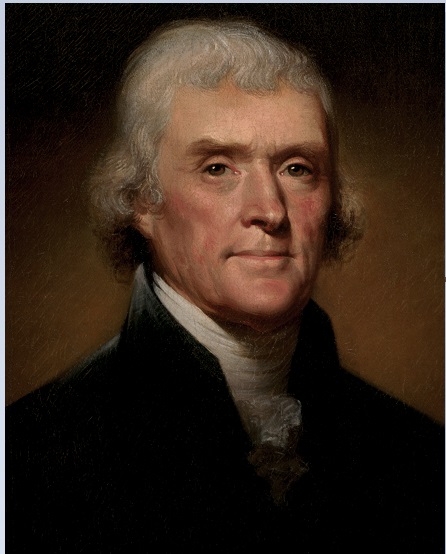 George W. Bush
18
Who was the greatest U.S. president since the 20th century?

Abraham Lincoln
3
Has Barack Obama been an advantage or disadvantage for the Democratic Party?
44
Would you consider voting for a Muslim to be the president of your country?

Barack Obama
What do you believe the outcome of the next presidential election will be?