Martin Shkreli as an entrepreneur - discussion

Martin Shkreli (born April 1, 1983) is an American entrepreneur and financial and pharmaceutical executive. He is co-founder of the hedge fund MSMB Capital Management, co-founder and former chief executive officer (CEO) of the biotechnology firm Retrophin LLC, and founder and former CEO of Turing Pharmaceuticals AG. In September 2015, Shkreli received widespread criticism when Turing obtained the manufacturing license for the antiparasitic drug Daraprim and raised its price by 5,556 percent (from US$13.50 to US$750 per tablet).

On December 17, 2015, Shkreli was arrested by the FBI on charges of securities fraud and released on bail. He resigned as CEO of Turing Pharmaceuticals and was replaced by the company's board chairman, Ron Tilles. More: en.wikipedia.org. 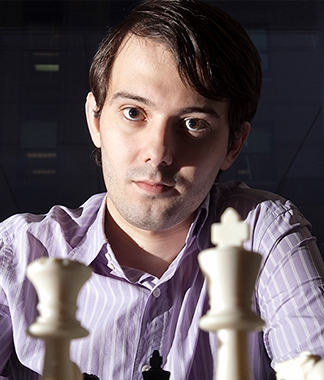 Charles Koch
1
What are key factors of Bill Gates' success?

Graham Norton
2
Do you think Vladimir Putin may have autism?