Lionel Andrés "Leo" Messi Cuccittini (born 24 June 1987) is an Argentine professional footballer who plays as a forward for Spanish club FC Barcelona and is the captain for the Argentina national team.

By the age of 21, Messi had received Ballon d'Or and FIFA World Player of the Year nominations. The following year, in 2009, he won his first Ballon d'Or and FIFA World Player of the Year awards. He followed this up by winning the inaugural FIFA Ballon d'Or in 2010, and then again in 2011 and 2012. He also won the 2010–11 UEFA Best Player in Europe Award. At the age of 24, Messi became Barcelona's all-time top scorer in all official club competitions. In September 2014 he scored his 400th senior career goal for club and country aged just 27. In November 2014, Messi became the all-time top scorer in La Liga, and the all-time leading goalscorer in the UEFA Champions League. More: en.wikipedia.org. 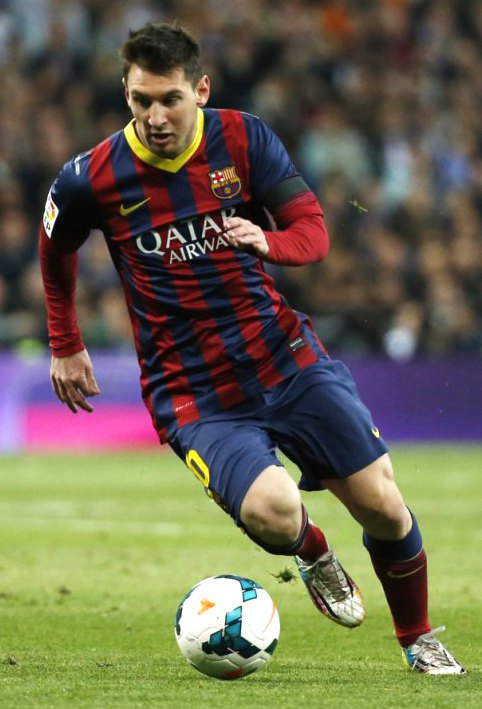 Cristiano Ronaldo
Ibrahimovic, Ronaldinho, or Beckham - which player spends or used to spend the most time training?
8
Should Russia's right to host the 2018 FIFA World Cup be stripped?

José Mourinho
Do you like the idea of expanding World Cup to 48 teams?

Real Madrid
Is it good or bad news that Sepp Blatter will no longer be FIFA president?