Selena Gomez, rating as a musician (as an artist, in whole)

Selena Marie Gomez (born July 22, 1992) is an American actress, singer and fashion designer. Born and reared in Grand Prairie, Texas, she was first featured on the children's series Barney & Friends in the early 2000s. In 2007, Gomez came to prominence after being cast in the Disney Channel television series Wizards of Waverly Place, in which she acted out the starring character, Alex Russo, until its conclusion in 2012. She formed a musical team she called Selena Gomez & the Scene after signing a recording contract with Hollywood Records in 2008; they released the studio albums Kiss & Tell (2009), A Year Without Rain (2010), and When the Sun Goes Down (2011) before beginning a hiatus in 2012.

Gomez entered the film industry with star billings in feature films including Ramona and Beezus (2010), Monte Carlo (2011), and Hotel Transylvania (2012). She embraced an increasingly mature public image with her star billing in the film Spring Breakers (2013) and her 2013 debut solo studio album, Stars Dance. The latter project debuted at number one on the U.S. Billboard 200 and spawned the Billboard Hot 100 top-ten single "Come & Get It." Gomez was released from her recording contract with Hollywood Records following the completion of her greatest hits album For You (2014). She subsequently signed with Interscope Records to continue work on her second studio album, Revival (2015). Its release was preceded by the top-five single "Good for You." More: en.wikipedia.org. 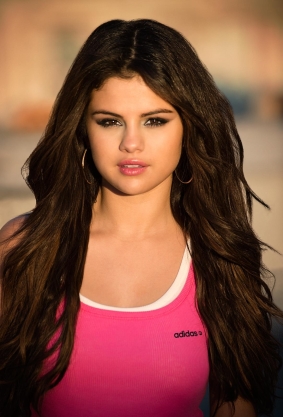