Let It Be, rating as a music album

Let It Be (The Beatles album)

Let It Be is the twelfth and final studio album by the English rock band the Beatles. It was released on 8 May 1970, almost a month after the group's break-up. Like most of the band's previous releases, it was a number one album in many countries, including both the US and the UK, and was released in tandem with the motion picture of the same name.

The album was conceived as Get Back, a return to the Beatles' earlier, less complicated approach to music. It was recorded and projected for release before their album Abbey Road (1969). More: en.wikipedia.org. 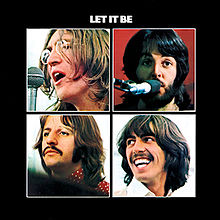