Mass Effect 3 is a 2012 science fiction action role-playing third person shooter video game developed by BioWare and published by Electronic Arts for Microsoft Windows, Xbox 360, PlayStation 3, and Wii U. Officially announced on December 11, 2010, the game was released March 6, 2012 and marks the final chapter in the original Mass Effect trilogy of video games, completing the story of Commander Shepard. A Wii U version was announced during Nintendo's conference at E3 2012. The Wii U port was developed by Australian developer Straight Right, and was released as a Wii U launch game under the title Mass Effect 3: Special Edition. More: en.wikipedia.org. 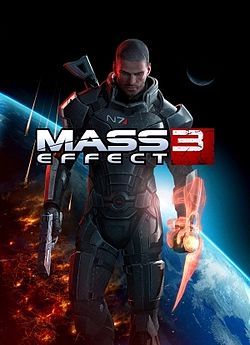