Mass Effect 2 is an action role-playing video game developed by BioWare and published by Electronic Arts. It was released for Microsoft Windows and Xbox 360 on January 26, 2010, and for PlayStation 3 on January 18, 2011. Mass Effect 2 is the second installment of the Mass Effect series and a sequel to the original Mass Effect. The game takes place within the Milky Way galaxy during the 22nd century, where humanity is threatened by an insectoid species known as the Collectors. The player assumes the role of Commander Shepard, an elite human soldier who must construct and gain the loyalty of a diverse team in order to defeat the enemy in a suicide mission. With the use of a completed saved game of its predecessor, the player can impact the story of the game in numerous ways. More: en.wikipedia.org. 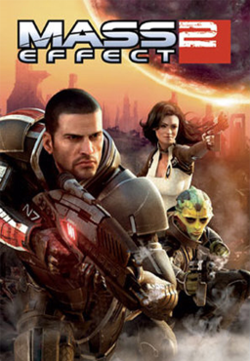