Carly Fiorina as a politician - discussion

Carly Fiorina (born Cara Carleton Sneed; September 6, 1954) is a former business executive who is actively seeking the Republican Party's nomination for President of the United States. Starting in 1980, Fiorina rose through the ranks to become an executive at AT&T and its equipment and technology spinoff, Lucent. As chief executive officer of Hewlett-Packard (HP) from 1999 to 2005, she was the first woman to lead one of the top twenty U.S. companies. More: en.wikipedia.org. 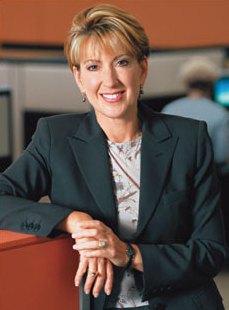 Andrew Cuomo
5
"The biggest divide in the U.S. isn't between Democrats and Republicans, it's between people who care and people who don't care"

Jim Sensenbrenner
2
Does Donald Trump have a chance at the presidency?

Hillary Clinton
1
Should members of Congress be banned from flying first class on 'taxpayer dime'?