Mark Warner as a politician - discussion

Mark Robert Warner (born December 15, 1954) is an American politician and the senior United States Senator from Virginia, in office since 2009. He is a member of the Democratic Party. Warner was the 69th Governor of Virginia, holding the office from 2002 to 2006, and is the honorary chairman of the Forward Together PAC. Warner delivered the keynote address at the 2008 Democratic National Convention. Apart from politics, Warner is also known for his involvement in telecommunications-related venture capital during the 1980s; he founded the firm Columbia Capital. More: en.wikipedia.org. 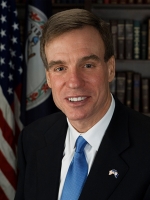