Scary Movie 3, rating as a movie

Scary Movie 3 is a 2003 American science fiction horror comedy film, which parodies the horror, sci-fi, and mystery genres, as well as the third film of the Scary Movie franchise, and the first to be directed by David Zucker.

Scary Movie 3 is the first film in the series to feature no involvement from the Wayans family. The characters of Shorty Meeks and Ray Wilkins, previously played by Shawn Wayans and Marlon Wayans, do not appear, nor are they referenced. More: en.wikipedia.org. 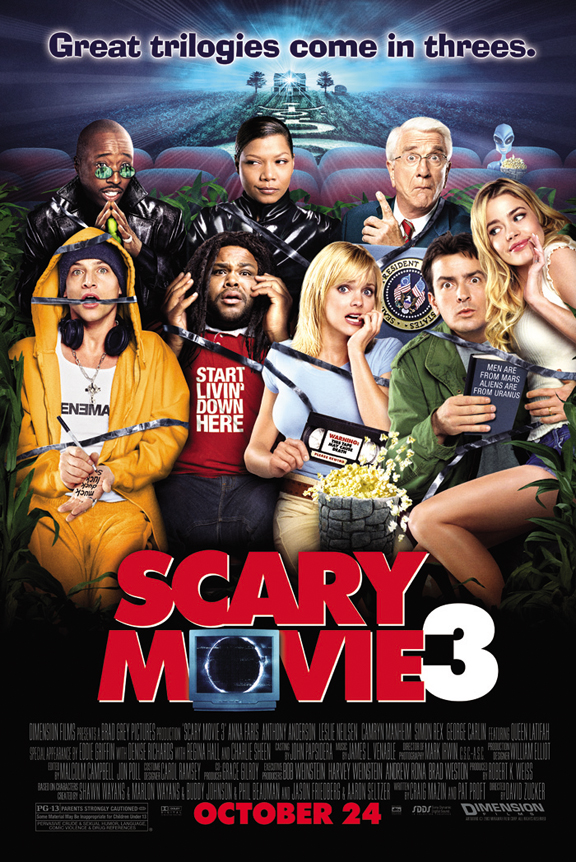