Peter Buck, rating as a songwriter

Peter Lawrence Buck (born December 6, 1956) is an American rock musician and songwriter who is best known as co-founder and lead guitarist of the alternative rock band R.E.M.

Throughout his career with R.E.M. (1980–2011), as well as during his subsequent solo career, Buck has also been at various times an official member of numerous 'side project' groups. These groups included Hindu Love Gods, The Minus 5, Tuatara, The Baseball Project, Robyn Hitchcock and the Venus 3 and Tired Pony, each of which have released at least one full-length album. Additionally, another side project group called Full Time Men released an EP while Buck was a member; ad hoc "supergroups" Bingo Hand Job (Billy Bragg and R.E.M.) and Nigel & The Crosses (Robyn Hitchcock, Peter Buck, Glenn Tilbrook and others) have each commercially released one track. More: en.wikipedia.org. 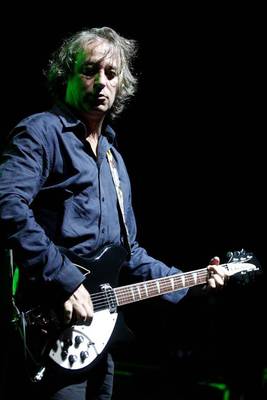