Éric Alfred Leslie Satie (17 May 1866 – 1 July 1925) – he signed his name Erik Satie after 1884 – was a French composer and pianist. Satie was a colourful figure in the early 20th century Parisian avant-garde. His work was a precursor to later artistic movements such as minimalism, Surrealism, repetitive music, and the Theatre of the Absurd.

An eccentric, Satie was introduced as a "gymnopedist" in 1887, shortly before writing his most famous compositions, the Gymnopédies. Later, he also referred to himself as a "phonometrician" (meaning "someone who measures sounds"), preferring this designation to that of "musician", after having been called "a clumsy but subtle technician" in a book on contemporary French composers published in 1911.

In addition to his body of music, Satie was 'a thinker with a gift of eloquence' who left a remarkable set of writings, having contributed work for a range of publications, from the dadaist 391 to the American culture chronicle Vanity Fair. Although in later life he prided himself on publishing his work under his own name, in the late 19th century he appears to have used pseudonyms such as Virginie Lebeau and François de Paule in some of his published writings. More: en.wikipedia.org. 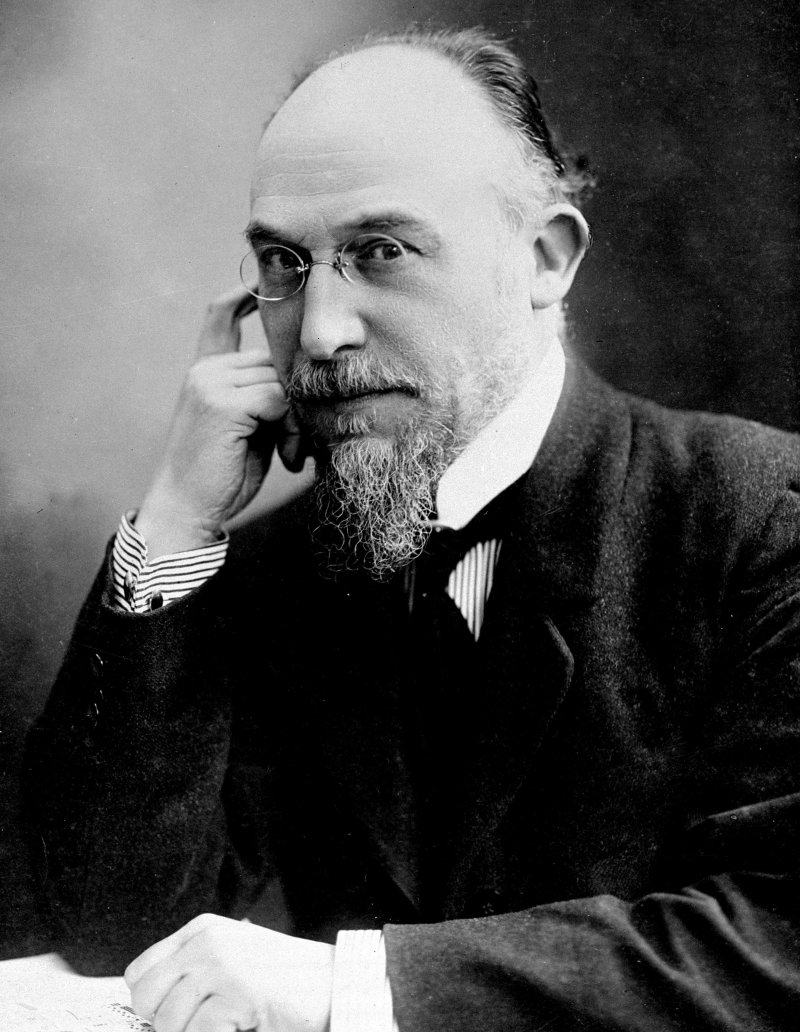