Katherine Matilda "Tilda" Swinton of Kimmerghame (born 5 November 1960) is a British actress, performance artist, model, and fashion icon, known for both arthouse and mainstream films. She began her career in films directed by Derek Jarman, starting with Caravaggio in 1985. In 1991, Swinton won the Volpi Cup for Best Actress at the Venice Film Festival for her performance as Isabella of France in Edward II. She next starred in Sally Potter's Orlando in 1992 and was nominated for the European Film Award for Best Actress.

In 2001, Swinton was nominated for a Golden Globe Award for her performance in The Deep End. She followed this with appearances in Vanilla Sky (2001), and Adaptation (2002). She then starred in the crime drama Julia (2008), I Am Love (2009), and the psychological thriller We Need to Talk About Kevin (2011). Swinton later starred in the dark romantic fantasy drama, Only Lovers Left Alive (2014). She is also known for her performances as the White Witch in the Chronicles of Narnia series.

Swinton won the Academy Award for Best Supporting Actress and the BAFTA Award for Best Actress in a Supporting Role for her performance as lawyer Karen Crowder in Michael Clayton (2007). Her other film appearances include The Curious Case of Benjamin Button (2008), Burn After Reading (2008), Moonrise Kingdom (2012), Snowpiercer (2013), The Grand Budapest Hotel (2014), Trainwreck (2015) and A Bigger Splash (2015).

In 2005, Swinton was given the Richard Harris Award by the British Independent Film Awards in recognition of her contributions to the British film industry. In 2013 she was given a special tribute by the Museum of Modern Art. More: en.wikipedia.org. 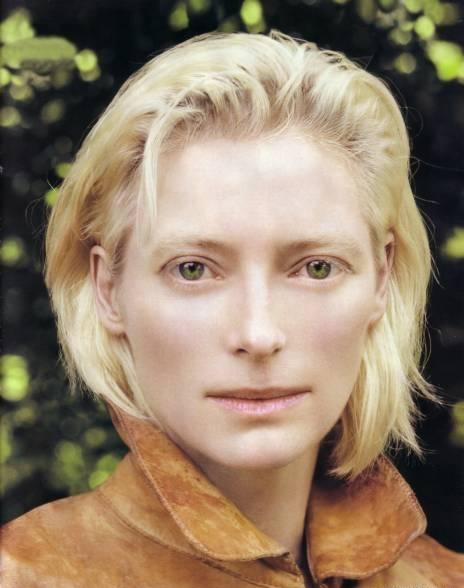