Sir Thomas Sean Connery (born 25 August 1930) is a retired Scottish actor and producer who has won an Academy Award, two BAFTA Awards (one of them being a BAFTA Academy Fellowship Award) and three Golden Globes (including the Cecil B. DeMille Award and a Henrietta Award). He was knighted by Elizabeth II in July 2000, and received the Kennedy Center Honors in the US.

Connery is best known for portraying the character James Bond, starring in seven Bond films between 1962 and 1983. In 1988, Connery won the Academy Award for Best Supporting Actor for his role in The Untouchables. His film career also includes such films as Marnie, The Name of the Rose, The League of Extraordinary Gentlemen, Indiana Jones and the Last Crusade, The Hunt for Red October, Highlander, Murder on the Orient Express, Dragonheart, and The Rock. More: en.wikipedia.org. 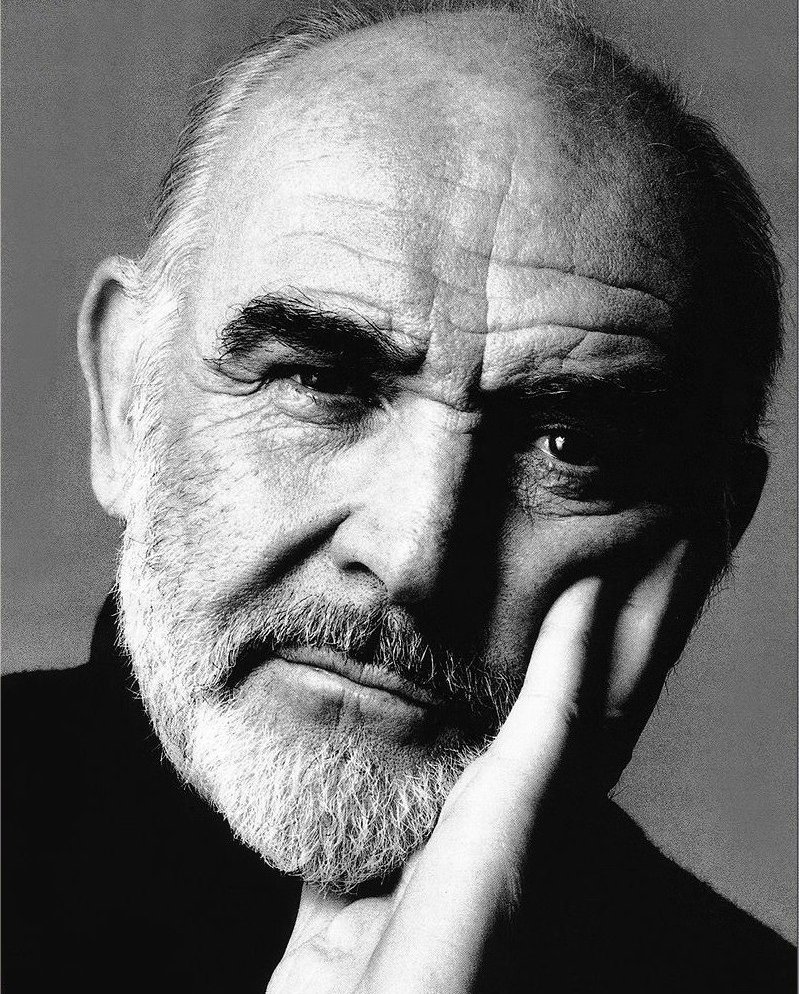