Prancer, rating as a movie

The film was followed on November 20, 2001 by Prancer Returns, a direct-to-video sequel released by USA Home Entertainment for VHS and DVD. It was released on DVD by MGM Home Video with several repackagings in 2003 and 2004, and a new one on October 7th, 2014. More: en.wikipedia.org. 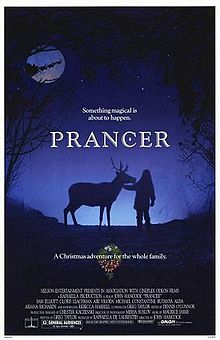