Bruce Campbell, rating as a director

Bruce Lorne Campbell (born June 22, 1958) is an American film and television actor, director, writer, producer and author. As a cult film actor, Campbell is best known for his role as Ash Williams in Sam Raimi's hit Evil Dead series of films and he has starred in many low-budget films such as Crimewave, Maniac Cop, Bubba Ho-Tep, and Sundown: The Vampire in Retreat. He would later spoof his B-movie career in My Name Is Bruce, in which he starred and directed. He has since made voice appearances in animated films, including Cloudy with a Chance of Meatballs and Cars 2. Campbell is of Scottish descent.

In television, Campbell is known for his lead roles in both The Adventures of Brisco County, Jr. and Jack of all Trades, his starring role of Autolycus (the King of Thieves) in Hercules: The Legendary Journeys and Xena: Warrior Princess, and notably for his role as Sam Axe on the USA Network series Burn Notice. More: en.wikipedia.org. 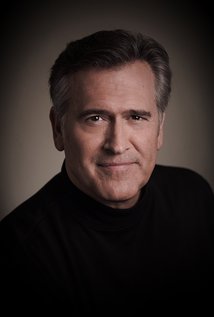