Minecraft as a PlayStation game

The Playstation version of this game is different. It's not a bad port, but some of the content has been modified or is missing from the PC version and some of the changes are difficult to explain and justify.

I initially bought the PS3 version of this game. On the box, it said it had multiplayer. Knowing the PC version of Minecraft involves online multiplayer, I felt highly deceived when I found out they actually only rely on your buddy list. You can't play with people from all around the world, only with your PS Network buddies or their friends. This alone made me feel like an idiot for not doing more research on the PS3 version, but it also made me think less of all those involved with Minecraft. They pretty much ripped me off, and I'm sure others felt like this too.

The only guaranteed multiplayer on the PS3 version is the split-screen function. Well, even then, I thought it was pretty ridiculous to allow this ability only for those who have a HD television. For the love of Miyamoto, there are games that are 20 years old that allowed split-screen on black and white TV's! Yep, that's right. If you don't have a recent television, you can't play Minecraft on split-screen. Let's remember Minecraft isn't a very demanding game, performance-wise. Considering other, heavier PS3 games had it ( ex: Borderlands ) years before, it's just inexcusable.

The console port also tells you everything, even you are not asking for it. On PC, you have to discover many elements of the game. For example, when you begin to play, you don't know how to craft most things. And discovering how to do certain things is part of the fun. On console, they tell you stuff I didn't even know until I got the PS3 version. Once you know everything, the game turns out to be less challenging, less fun.

Now, with this being said, the game is still Minecraft. There's still a lot of fun to be had with it. There's a lot to do, just like the PC version. It remains a good port if we forget about what I talked about. There are some cool console-only DLCs. But it remains a lesser version, with less content. In order to play the real Minecraft, you have to play it on a computer. 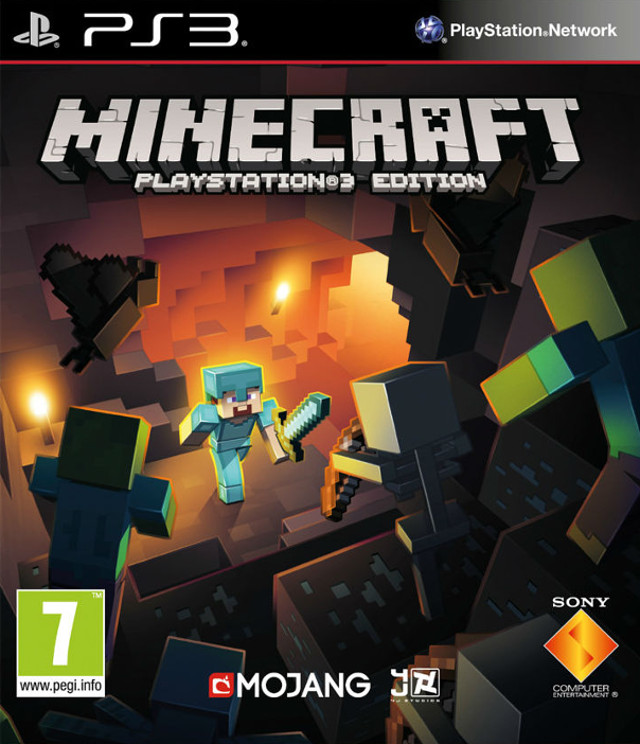