Tom Waits as a musician (as an artist, in whole)

His music, most especially since the 80's, is extremely hard to categorize. He is a musical shapeshifter and teleporter, never staying in the same genre for too long, and yet, there's always this "Tom Waits essence" in his albums, as if they were tied by some invisible string.

He goes everywhere, touches everything. There are no limits with Tom Waits. Jazz. Hard rock. Blues. Hip-hop. He is fearless. And it pays. Most critics love him. He has one of the most solid fan base in music history. I won't lie; I'm part of it.

Waits began his career as a jazz pianist and composed some of the most beautiful ( and perhaps saddest ) songs ever. He also became some sort of wretched crooner, singing about wasted opportunities, broken dreams, lost hopes. And through the mess, he also managed to come out as a romantic, often mixing beauty and ugliness, playing with imperfections and putting them in a favorable light.

In the 80's, with the influence of his lover Kathleen Brennan, he got out of his jazzy/bluesy suit and explored a world of infinities, experimenting with odd instruments, changing tempos, surreal lyrics. This universe was probably made in part thanks to Captain Beefheart's earlier works, but Tom's own world was a world of its own nonetheless. Everything about Tom, especially since Swordfishtrombones, has been original, unusual, unpredictable.

Waits is a UFO in the music world. You rarely see or hear him, but when you do, he strikes your attention like very few individuals can do. And he's never the same. He always has something new to offer.

Man, Tom Waits, what an artist! 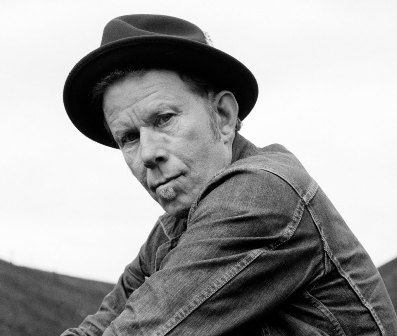