Joe Satriani is the self-titled sixth studio album by guitarist Joe Satriani, released in October 1995 through Relativity Records. The album reached No. 51 on the U.S. Billboard 200 and remained on that chart for seven weeks, as well as reaching the top 100 in four other countries. "(You're) My World" was released as a single, reaching No. 30 on Billboard's Mainstream Rock chart and receiving a nomination for Best Rock Instrumental Performance at the 1997 Grammy Awards; this being Satriani's seventh such nomination. More: en.wikipedia.org. 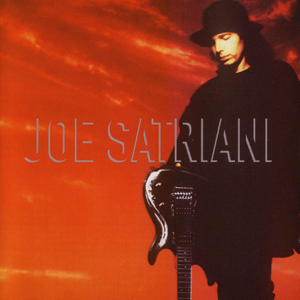 Flying in a Blue Dream

Is There Love in Space?