The Sega Nomad (also known as Sega Genesis Nomad) is a handheld game console by Sega released in North America in October 1995. The Nomad is a portable variation of Sega's home console, the Sega Genesis (known as the Mega Drive outside of North America). Designed from the Mega Jet, a portable version of the home console designed for use on airline flights in Japan, Nomad served to succeed the Sega Game Gear and was the last handheld console released by Sega. More: en.wikipedia.org. 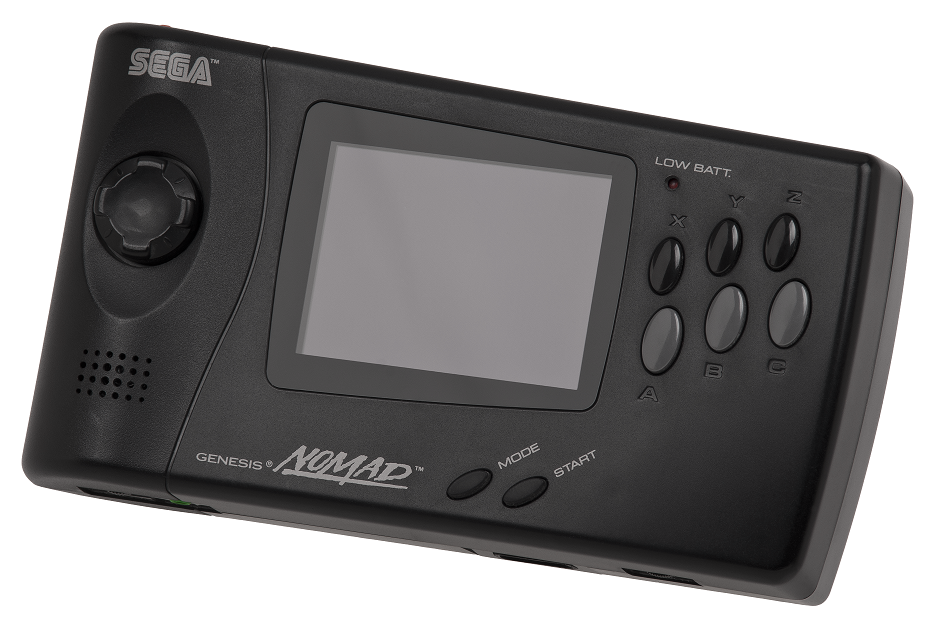