In the anime adaptation, he is voiced by Mamoru Miyano in the Japanese version and by Brad Swaile in the English; in the live-action film series, he is portrayed by Tatsuya Fujiwara, in the TV drama, he is portrayed by Masataka Kubota. More: en.wikipedia.org. 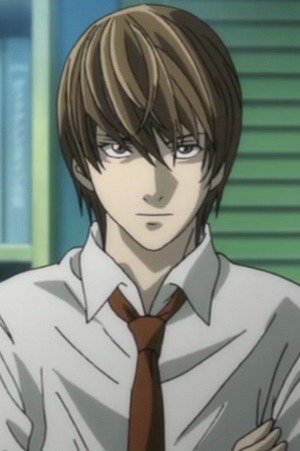 If you found a Death Note notebook, would you use it?
Who was the smartest Death Note character?