Fallout: New Vegas is an action role-playing video game in the Fallout video game series. The game was developed by Obsidian Entertainment and published by Bethesda Softworks. It released for Microsoft Windows, Xbox 360 and PlayStation 3 in October 2010. Downloadable content and expanded re-editions followed in 2010–2012.

The game is based in a post-apocalyptic, open world environment around the area of Nevada, California, and Arizona. The player takes control of the character known as the Courier, who is hired by a delivery service to take an unknown package across the Mojave Desert to the New Vegas Strip. During the delivery, the Courier is intercepted, shot in the head, and left for dead by a mysterious man who steals the package.

Even though it directly succeeds Fallout 3 in order of Fallout game releases, offers a similar action role-playing experience, and shares its engine and legacy content with Fallout 3, New Vegas is not a direct sequel. It marks the return of some elements found in Fallout 2. More: en.wikipedia.org. 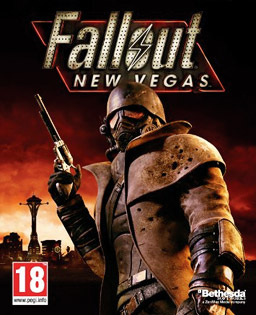 Fallout: New Vegas
2
Do you prefer 2D or 3D graphics for video RPGs?

Fallout 3
Fallout 4 vs. Fallout 3 - which game is better?