The Samsung Galaxy S III is a multi-touch, slate-format smartphone designed, developed, and marketed by Samsung that runs the Android operating system. It has additional software features, expanded hardware, and a redesigned physique from its predecessor, the Samsung Galaxy S II. The S III employs an intelligent personal assistant (S Voice), eye-tracking ability, and increased storage. Although a wireless charging option was announced, it never came to fruition. Depending on country, the 4.8-inch (120 mm) smartphone comes with different processors and RAM capacity, and 4G LTE support. The device was launched with Android Ice Cream Sandwich, was updated to Android Jelly Bean, and can be updated to Android KitKat on variants with 2 GB of RAM. The phone's successor, the Samsung Galaxy S4, was announced on 14 March 2013 and was released the following month. More: en.wikipedia.org. 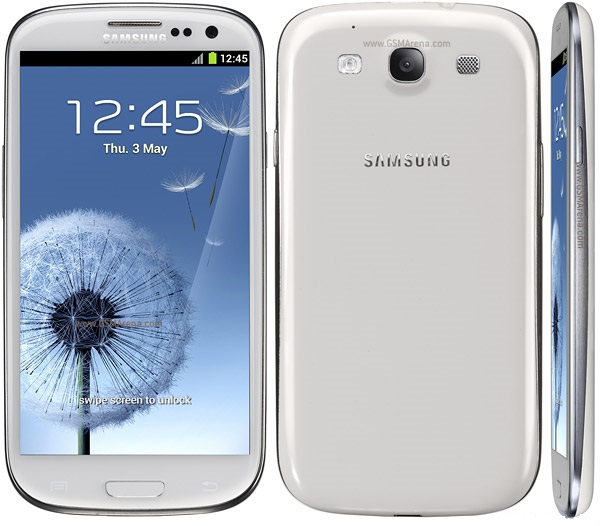