iOS 9 is the ninth major release of iOS, the mobile operating system by Apple Inc. It is the successor to iOS 8 and focuses less on new features and more on under-the-hood optimizations, as well as battery improvements. It was announced at the company's WWDC 2015 keynote on June 8, 2015, and released on September 16, 2015.

On September 21, 2015, Apple announced that iOS 9 had been installed on more than 50% of "active" iOS devices as measured by the App Store, making it the fastest adoption rate for a new operating system. As of March 7, 2016, that percentage has increased to 79% More: en.wikipedia.org. 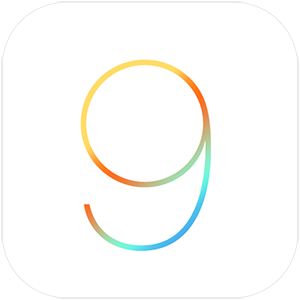