Cold Fact is the debut album from American singer-songwriter Rodriguez. It was released in the United States on the Sussex label in March 1970. The album sold very poorly in the United States (Rodriguez was himself an unknown in the U.S.), but managed to sell well in both South Africa and Australia, with Rodriguez touring Australia in 1979.

In 1971 the album was released in South Africa by A&M Records, who were by then the owners of the Sussex label. In 1976, several thousand copies of Cold Fact were found in a New York warehouse and sold out in Australia in a few weeks. It went to No. 23 on the Australian album charts, staying on the charts for 55 weeks. In 1998 Cold Fact was awarded a platinum disc in South Africa, and was five-times platinum in Australia. Rodriguez has since toured South Africa and Australia with much success, but remained relatively unknown in his native country of the USA. This began to change after the reissues of his albums in the U.S. by Light in the Attic Records in 2008 and 2009, and even further in 2012 with the Academy Award winning documentary film Searching for Sugar Man, which soon led to appearances on major American television shows like 60 Minutes and The Late Show with David Letterman. More: en.wikipedia.org. 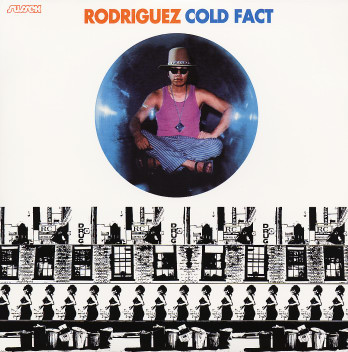