Joy, rating as a movie

Joy is a 2015 American semi-biographical comedy film, written and directed by David O. Russell and starring Jennifer Lawrence as Joy Mangano, a self-made millionaire who created her own business empire. Mangano was a divorced mother with three children in the early 1990s when she invented the Miracle Mop and became an overnight success, after which she patented many other products, often selling on the Home Shopping Network and QVC. The film is a semi-fictional and inspirational portrayal of how Mangano overcame personal and professional obstacles to rise to the top. 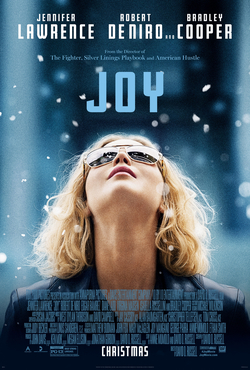