Goodbye Yellow Brick Road, a double album by Elton John released in 1973. It is the seventh album released under the Elton John name, and the seventh studio album; it is his first double album. Recorded at the Château d'Hérouville after problems recording at the intended location of Jamaica, it contains the hits "Candle in the Wind", "Bennie and the Jets", "Goodbye Yellow Brick Road" and "Saturday Night's Alright for Fighting".

Originally intended as a regular single album, the experience in transferring from Jamaica to the château proved to be conducive to producing such quality material, that it was decided to release the album as a double.

In 2003, the album was inducted into the Grammy Hall of Fame. The album has sold more than 30 million copies worldwide. More: en.wikipedia.org. 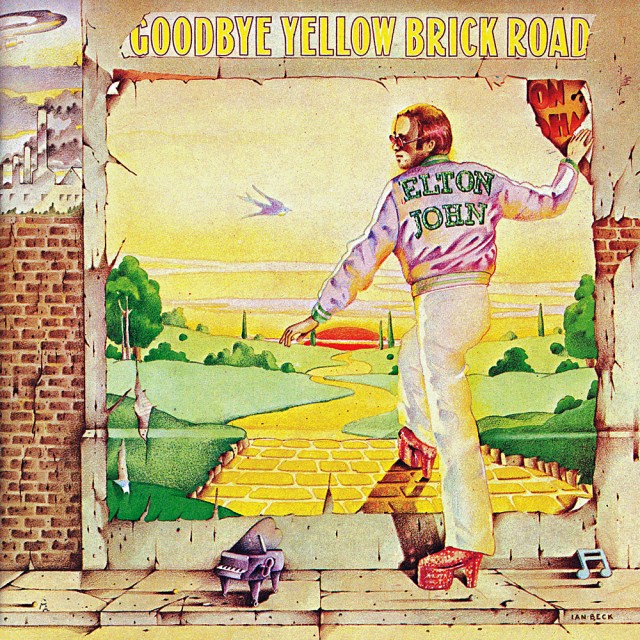