Le Noise is the thirty-first studio album by Canadian musician Neil Young, released on September 28, 2010. The album was recorded in Los Angeles and produced by Daniel Lanois, hence the titular pun (although "Lanois" is pronounced "Lan-wha"). Lanois stated in an interview with Rolling Stone that "We cut a couple of solo acoustic songs, but the rest is very electric" and "There's no band, but I got in there with my sonics." On August 20, Young posted to Facebook the release date for different formats (including BD and an app for iPhone and iPad) and revealed that it would be a solo album. A music video for the track "Angry World" was premiered on September 14, 2010. A music video for "Hitchhiker" was also premiered on September 17, 2010. The video for "Love And War" was released on September 20, 2010 and the video for "Walk With Me" on September 22, 2010. The track "Angry World" won a Grammy Award for Best Solo Rock Vocal Performance. More: en.wikipedia.org. 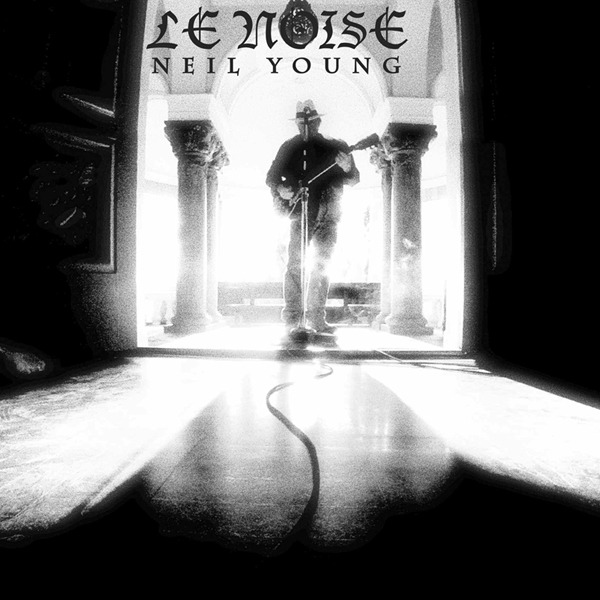