Chrome Dreams II is the twenty-ninth studio album by Canadian musician Neil Young. The album was released on October 23, 2007. The album is a sequel to Chrome Dreams, a legendary Neil Young album from 1977 that had originally been scheduled for release but was shelved in favor of American Stars 'n Bars.

The album debuted on the U.S. Billboard 200 chart at number 11, selling about 54,000 copies in its first week. In addition, the song "No Hidden Path" was nominated for a Grammy Award for Best Solo Rock Vocal Performance at the 51st Grammy Awards, 2009. More: en.wikipedia.org. 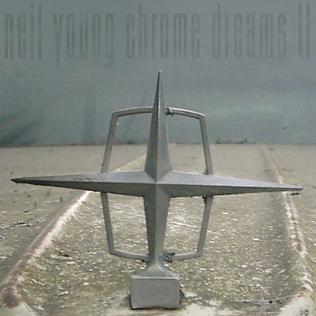 Rockin' in the Free World