Prairie Wind is the twenty-seventh studio album by Canadian musician Neil Young, released on September 27 2005. After dalliances with 60s soul music (Are You Passionate?) and rock opera (Greendale, which spawned a Young-directed film of the same name), Prairie Wind featured an acoustic-based sound reminiscent of his earlier commercially successful albums Harvest and Harvest Moon. The album was in part inspired by the illness and recent death of his father, Canadian sportswriter and novelist Scott Young, and the album is dedicated in part to the elder Young.

Young recorded the album in Nashville before undergoing minimally invasive surgery for an aneurysm in the spring of 2005, and some of the songs on the album appear to be informed by Young confronting his own mortality.

Young debuted the album's closing track, "When God Made Me", at the Live 8 concert in Barrie, Ontario, Canada. More: en.wikipedia.org. 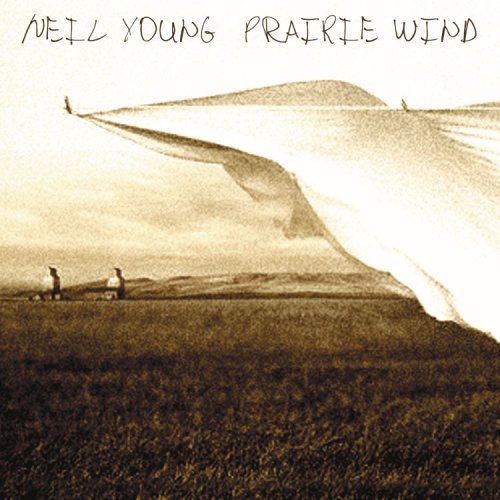