Landing on Water, rating as a music album

Landing on Water is the fifteenth studio album by Canadian musician Neil Young. The album was released on July 28, 1986, by Geffen Records. Several of the songs on the album were resurrected from Neil Young and Crazy Horse's failed 1984 sessions - a set of sessions where, according to longtime producer David Briggs, the musicians "played like monkeys".

Landing on Water came after Young settled out of court with Geffen Records. Geffen sued Young for $3.3 million, on the grounds that Young's mid-'80s records were non-commercial and musically uncharacteristic. Later, David Geffen would personally apologize to Young for the lawsuit and interfering with his work. More: en.wikipedia.org. 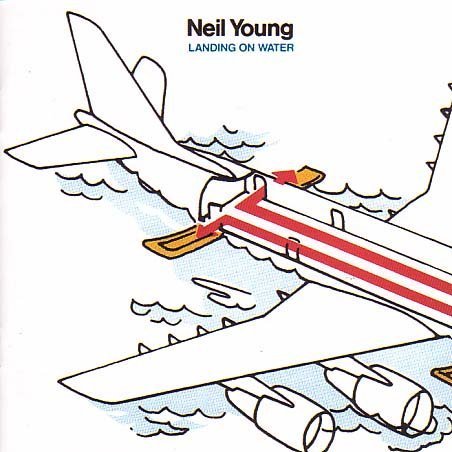