Mary Jean "Lily" Tomlin (born September 1, 1939) is an American actress, comedian, writer, singer and producer. Tomlin began her career as a stand-up comedian, and performing Off-Broadway during the 1960s. Her breakout role was performing as a cast member on the variety show Rowan & Martin's Laugh-In from 1970 until 1973. She currently stars on the Netflix series Grace and Frankie as Frankie Bergstein. Her performance as Frankie garnered her a nomination for the Primetime Emmy Award for Outstanding Lead Actress in a Comedy Series in 2015.

In 1974 Tomlin was cast by Robert Altman in her first film; her performance as Linnea Reese in Nashville won her several awards and nominations for the Golden Globe and Academy Award for Best Supporting Actress.

In 1977, her performance as Margo Sperling in The Late Show won her the Best Actress Award at the Berlin International Film Festival and nominations for the Golden Globe and BAFTA Award for Best Lead Actress. Her other notable films include 9 to 5 (1980), All of Me (1984), Flirting with Disaster (1996), Tea with Mussolini (1999), I Heart Huckabees (2004), and Grandma (2015). More: en.wikipedia.org. 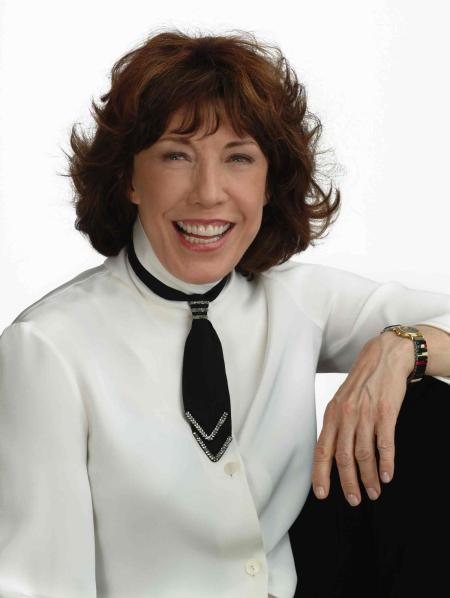