Moonrise Kingdom, rating as a movie

Moonrise Kingdom is a 2012 American coming-of-age film directed by Wes Anderson, written by Anderson and Roman Coppola. Described as an "eccentric, pubescent love story", it features newcomers Jared Gilman and Kara Hayward in the film's main roles and an ensemble cast. Filming took place in Rhode Island from April until June 29, 2011. Worldwide rights to the independently produced film were acquired by Focus Features. 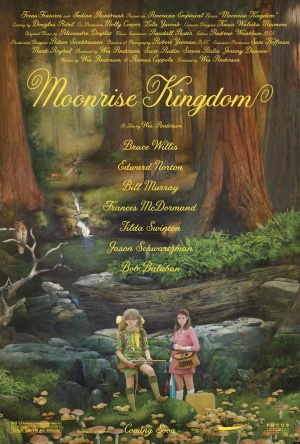