Vermont, rating as a state I'd like to visit

Vermont is a New England state in the northeastern United States. Forests cover approximately 75% of its total land area. Vermont is the leading producer of maple syrup in the United States.

Lake Champlain forms half of Vermont's western border, which it shares with the state of New York. The Green Mountains are within the state. Vermont is bordered by Massachusetts to the south, New Hampshire to the east across the Connecticut River, New York to the west, and the Canadian province of Quebec to the north.The state capital is Montpelier with a population of 7,855, making it the least populous state capital in the country. Vermont's most populous city is Burlington, with a 2013 population of 42,284, which makes it the least populous city in the United States to be the largest city within a state. Burlington's metropolitan area has a population of 214,796. Vermont is one of the most racially homogeneous states; 94.3% of its population identified as white in 2010.

Vermont is the 6th smallest in area and the 2nd least populous of the 50 United States. It is the only New England state not bordering the Atlantic Ocean. More: en.wikipedia.org. 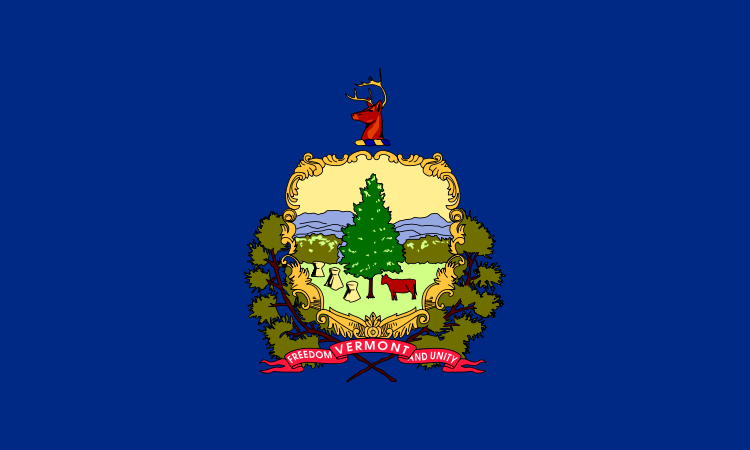