Louisiana, rating as a state I'd like to visit

Louisiana (French: État de Louisiane, Louisiana Creole: Léta de la Lwizyàn) is a state located in the southern region of the United States. Louisiana is the 31st most extensive and the 25th most populous of the 50 United States. Its capital is Baton Rouge and largest city is New Orleans. Louisiana is the only state in the U.S. with political subdivisions termed parishes, which are the local government's equivalent to counties. The largest parish by population is East Baton Rouge Parish, and the largest by land area is Plaquemines. Louisiana is bordered by Arkansas to the north, Mississippi to the east, Texas to the west, and the Gulf of Mexico to the south.

Much of the state's lands were formed from sediment washed down the Mississippi River, leaving enormous deltas and vast areas of coastal marsh and swamp. These contain a rich southern biota; typical examples include birds such as ibis and egrets. There are also many species of tree frogs, and fish such as sturgeon and paddlefish. In more elevated areas, fire is a natural process in the landscape, and has produced extensive areas of longleaf pine forest and wet savannas. These support an exceptionally large number of plant species, including many species of orchids and carnivorous plants. More: en.wikipedia.org. 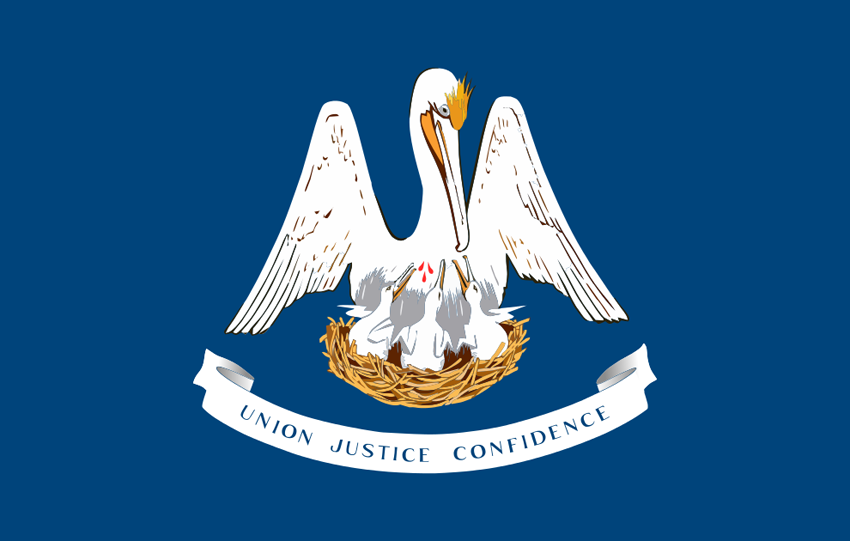