Kansas, rating as a state to live in

Kansas is a U.S. state located in the Midwestern United States. It is named after the Kansa Native American tribe, which inhabited the area. The tribe's name is often said to mean "people of the wind" or "people of the south wind", although this was probably not the term's original meaning. Residents of Kansas are called "Kansans". For thousands of years, what is now Kansas was home to numerous and diverse Native American tribes. Tribes in the eastern part of the state generally lived in villages along the river valleys. Tribes in the western part of the state were semi-nomadic and hunted large herds of bison. Kansas was first settled by European Americans in the 1830s, but the pace of settlement accelerated in the 1850s, in the midst of political wars over the slavery issue.

When it was officially opened to settlement by the U.S. government in 1854, abolitionist Free-Staters from New England and pro-slavery settlers from neighboring Missouri rushed to the territory to determine whether Kansas would become a free state or a slave state. Thus, the area was a hotbed of violence and chaos in its early days as these forces collided, and was known as Bleeding Kansas. The abolitionists eventually prevailed, and on January 29, 1861, Kansas entered the Union as a free state. After the Civil War, the population of Kansas grew rapidly when waves of immigrants turned the prairie into farmland. Today, Kansas is one of the most productive agricultural states, producing high yields of wheat, corn, sorghum, and soybeans. Kansas is the 15th most extensive and the 34th most populous of the 50 United States. More: en.wikipedia.org. 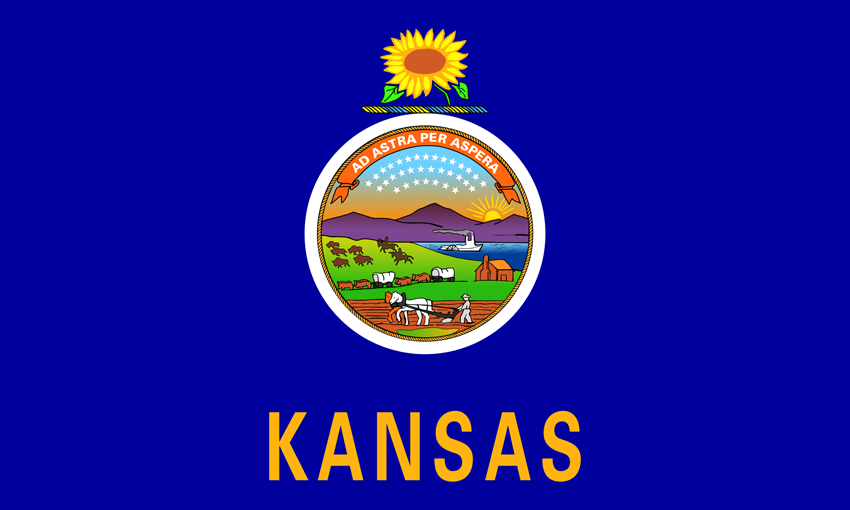