Idaho, rating as a state to visit

Idaho is a state in the northwestern region of the United States. Idaho is the 14th largest, the 39th most populous, and the 7th least densely populated of the 50 United States. The state's largest city and capital is Boise. Residents are called "Idahoans". Idaho was admitted to the Union on July 3, 1890, as the 43rd state.

Idaho is a mountainous state with an area larger than that of all of New England. It borders the US states of Montana to the northeast, Wyoming to the east, Nevada and Utah to the south, and Washington and Oregon to the west. To the north, it shares a 45 mi (72 km) international border with the Canadian province of British Columbia, the shortest such land border of any state. The network of dams and locks on the Columbia River and Snake River make the city of Lewiston the farthest inland seaport on the Pacific coast of the contiguous United States.

Idaho's nickname is the "Gem State", because nearly every known type of gemstone has been found there. In addition, Idaho is one of only two places in the world where star garnets can be found in any significant quantities, the other being India. Idaho is sometimes called the "Potato State" owing to its popular and widely distributed crop. The state motto is Esto Perpetua (Latin for "Let it be forever" or "Let it endure forever"). More: en.wikipedia.org. 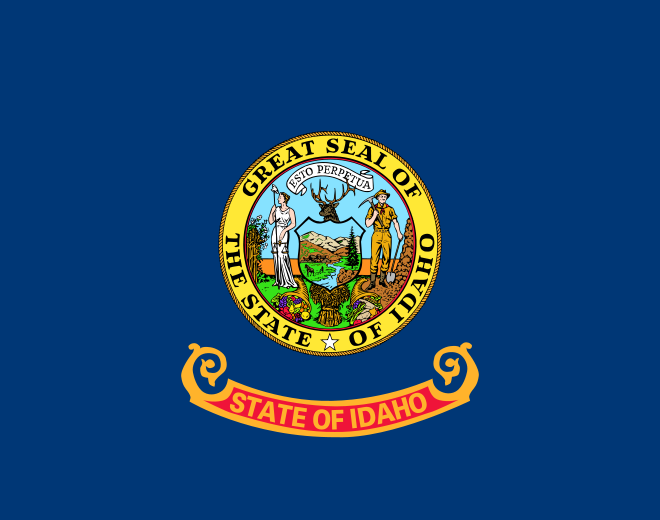