Shia Saide LaBeouf (born June 11, 1986) is an American actor, performance artist, and director who became known among younger audiences as Louis Stevens in the Disney Channel series Even Stevens. LaBeouf received a Young Artist Award nomination in 2001 and won a Daytime Emmy Award in 2003 for his role. He made his film debut in Holes (2003), based on the novel of the same name by Louis Sachar. In 2004, he made his directorial debut with the short film Let's Love Hate and later directed a short film titled Maniac (2011), starring American rappers Cage and Kid Cudi.

In 2007, LaBeouf starred in the commercially successful films Disturbia and Surf's Up. The same year he was cast in Michael Bay's science fiction film Transformers as Sam Witwicky, the main protagonist of the series. Transformers was a box office success and one of the highest grossing films of 2007. LaBeouf later appeared in its sequels Transformers: Revenge of the Fallen (2009) and Transformers: Dark of the Moon (2011), both also box office successes. In 2008, he played Henry "Mutt Williams" Jones III in Indiana Jones and the Kingdom of the Crystal Skull, the fourth film in the Indiana Jones franchise. His other films include Wall Street: Money Never Sleeps (2010), Lawless (2012), The Company You Keep (2012), Nymphomaniac (2013) and Fury (2014). More: en.wikipedia.org. 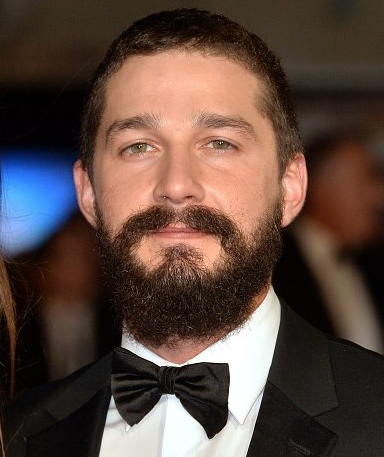