Robert John Downey Jr. (born April 4, 1965) is an American actor, producer, and singer, whose career has included success in his youth, followed by a period of substance abuse and legal troubles, and a resurgence of commercial success in middle age.

Making his screen debut at the age of five, appearing in his father Robert Downey Sr.'s film Pound (1970), he appeared in roles associated with the Brat Pack, such as the teen sci-fi comedy Weird Science (1985) and the drama Less Than Zero (1987). Other films he has starred in include the action comedy Air America (1990), the comedy Soapdish (1991), and the crime film Natural Born Killers (1994). He starred as Charlie Chaplin, the title character in the 1992 film Chaplin, which earned him a nomination for the Academy Award for Best Actor.

Downey joined the cast of the TV series Ally McBeal playing Calista Flockhart's love interest. He received a Golden Globe Award for Best Performance by an Actor in a Supporting Role in a Series, Miniseries, or Television Film. His character was written out when Downey was fired after two drug arrests in late 2000 and early 2001.

His more recent films include the musical comedy crime film The Singing Detective (2003), the supernatural horror film Gothika (2003), the crime comedy Kiss Kiss Bang Bang (2005), the animated science fiction thriller A Scanner Darkly (2006), the mystery thriller Zodiac (2007), and the satirical action comedy Tropic Thunder (2008), for which he was nominated for an Academy Award for Best Supporting Actor. Beginning in 2008, Downey played the role of Marvel superhero Tony Stark/Iron Man in several live action films, as either the lead or part of an ensemble cast. He played the title character in Guy Ritchie's Sherlock Holmes (2009) and its sequel (2011). More: en.wikipedia.org. 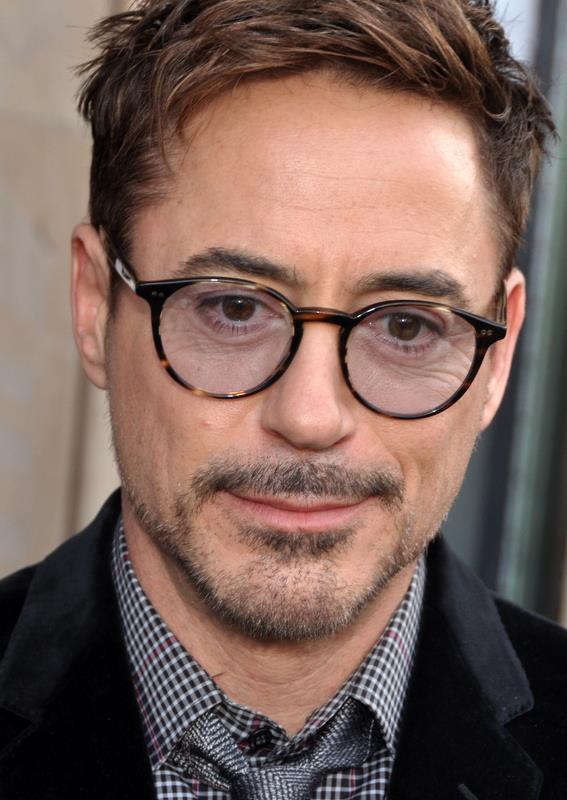